“The career of the 21st century will be protean, a career that is driven by the person, not the organization, and that will be reinvented by the person from time to time, as the person and the environment change.”
D.T.Hall (1996) in Protean Careers in the 21st Century

The most anxious clients I work with tend to be those who feel they are victims of change. Many are referred to me to for outplacement support by their employers as they transition out of the organisation. It’s not uncommon for them to be facing redundancy after being with the company for many years, sometimes decades. They suffer with feelings of distress and worry for a number of reasons. In some cases they didn’t see the change coming and didn’t have time to react. But more often than not, they were aware of the impending change but rather than prepare for its arrival, chose denial or conflict.

Protean career theory was first introduced by Douglas T. Hall in 1976 in his book Careers in Organizations. Inspired by the Greek sea god Proteus who could change forms at will in the face of oncoming opportunities or threats, protean career theory asserts that in order to succeed, individuals need to be highly flexible and adaptable to change or become what I like to call: masters of change.

Protean careerists are able to anticipate possibilities then respond and adapt effectively to change. A protean careerist, someone who adapts a protean career approach, is also committed to their own ongoing personal and professional development. By developing their career competencies including interpersonal, communication and transferable work skills they become well-equipped to cope with change. They invest time in cultivating their network enabling them to leverage that network when needed. They become resilient.

Here are some practical ways you can prepare yourself for change:

“It is not the strongest of the species that survives, or the most intelligent, but rather the one most adaptable to change.”
Charles Darwin 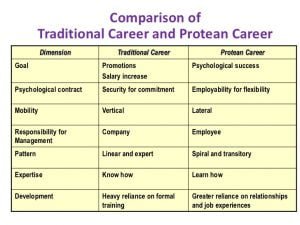 ‘Elements in the protean career ‘ in Careers in Organizations (Hall, 1976)

Are you a protean careerist? Share your thoughts in the comments section below. 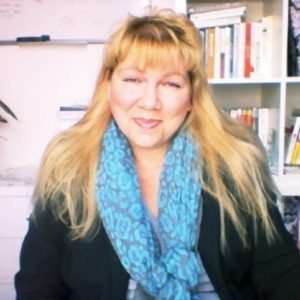